Patent Foramen Ovale Closure – Procedure illustration
Medical illustration depicting the catheter-based technique to close the wall in between the two atria of the heart. The artwork depicts the stages of this minimally invasive procedure that is performed by interventional cardiologists.

Medical illustration depicting the percutaneous closure of Patent foramen ovale (PFO)
PFO is one of the most common congenital defects in the heart. A catheter is used to guide the placement of a patent foramen ovale closure device – which becomes a permanent implant – that will prevent the flap from opening. Percutaneous PFO closure is a safer and less invasive procedure than Open heart surgery.
Steps of the procedure:
1. Blood flow between the chambers of the heart. Yellow arrow depicts blood flow through the Foramen ovale.
2. The catheter is initially inserted into a large vein through a small incision, made usually in the groin area, and then is advanced into the heart.
3. Septal occluder closing the foramen.
4. Circular discs covering the hole on both sides. 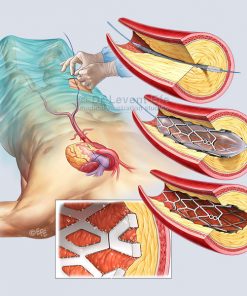 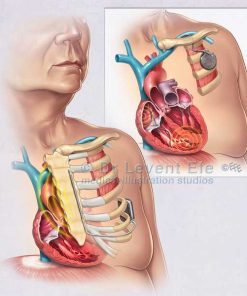 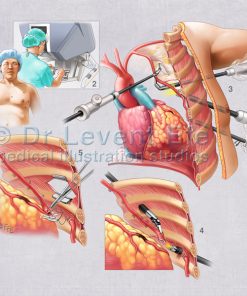 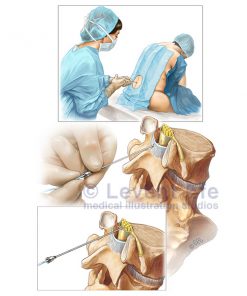 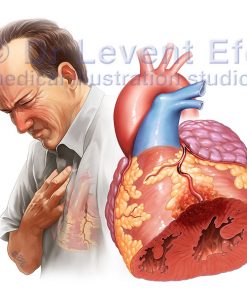 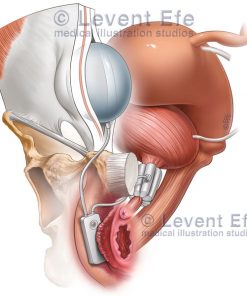 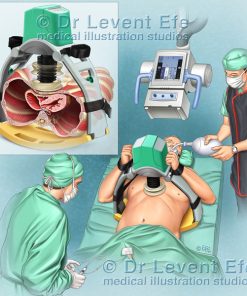 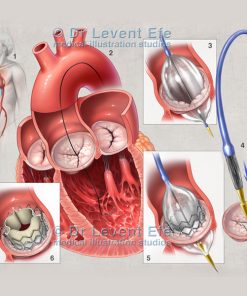